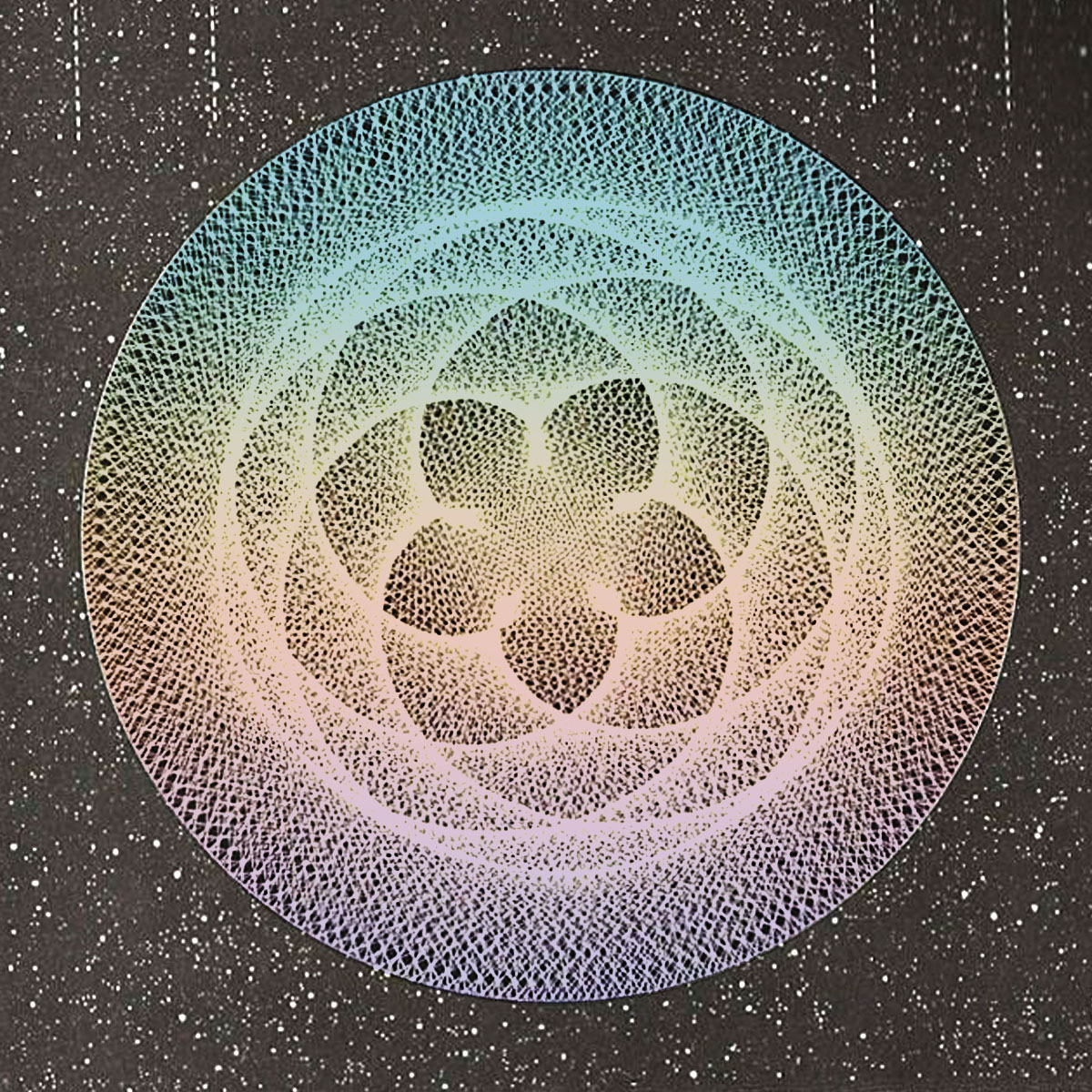 The first time I went to an astrology conference was shortly after a bad break-up in the early 2000s. It was a terrible, haunting, harrowing break up. A break up from a relationship in which I, a person who got their driver’s licenses the minute they turned 16 and was behind the wheel as much as possible every day after that, stopped driving altogether. I had become unrecognizable to myself, not only because I was afraid of driving but because I was afraid of moving. I was afraid of living. I was lonely and in search of people I had something in common with. I had let the relationship slowly drain me of my autonomy and community. One small concession after another, my agency had become a stranger to me.

Behind the wheel for the first time in years, I set out on the open, icy, winter roads of windy Eastern Canada in a barely functioning tin box of a car. I thought for sure that my go-cart was going to set sail like Dorothy’s house in the Wizard of Oz. The gusts off the Great Lakes take every opportunity possible to remind you who is in charge. When I finally arrived, disheveled and a little amazed I’d made it, I found myself in a room of straight folks much older than me, much less eager to look at the systems that perpetuate violence in this lifetime and much more inclined to focus on the events that may or may not have happened in a past life.

I wasn’t able to connect to much that was taught there.

I am certain there were excellent lectures being given; it just wasn’t my time to find them. I left a little disheartened. It would be years before I would find what I was looking for.

Being in the heady mix of New Orleans in springtime and a Hogwarts come to life was a love affair that left its mark. It was the first time I saw a way forward for myself as a professional astrologer. My life was instantly filled with a flurry of connections that would spark a million learning adventures. I saw Demetra George, Lynn Bell, Caroline Casey, Geoffery Cornelius, and a dozen other brilliant minds and masters give lectures for the first time. I met Barry Pearlman and Ian Waisler which eventually led to the birth of the Queer Astrology Conference. Many small but mighty intellectual seeds were planted that would make it possible for me to have a deeper relationship with my calling, career, and colleagues.

This was the last time Venus was retrograde in Gemini.

On May 12th, Venus once again stations retrograde in Gemini. Retrograde until June 25th, this journey will demand that we do the deep work of excavating our desires for connection. In general, Venus retrograde is a time that presents us with opportunities to scour over relationship dynamics and understand the corrosive behaviors that eat at the heart of our connections. These transits bring to light the importance of Venusian themes in our life: union, partnering, connecting, relationships, love, romance, erotic energy, attraction, pleasure, values, art, culture, and aesthetics. In Gemini, these themes are centered around the pleasures of exchanging witticisms, ideas, knowledge, duality, opposites, data, and obsessing over intel.

Ever curious, always up for a gabfest, a gossip sesh, and a good debrief, Venus in Gemini needs to be in relationship with many people.

As Venus stations retrograde, it does so conjunct the asteroid Vesta (they have been traveling together in Gemini since April 3rd, and will be until June 2nd.) Vesta is the Goddess of hearth and home, but more than just an homage to the domestic realm, Vesta represents the hearthfire and light of our spiritual lives, the light within that cannot be extinguished. The fire in the ancient temples that was always kept alight, like an omphalos or centerpoint for the community to gather around, Vesta represents what we need to feed, protect, and serve in good times and trying ones. Next to Venus, this signifies the relationships, needs, and desires we must serve at the temples of.

In her seminal book on the Asteroid Goddesses, Demetra George writes of Vesta: “[T]he modern day vestal virgin will often sacrifice personal pleasure in order to obtain a deeper relationship with their own soul.” Venus wants pleasure with a capital P, but it’s striking that during this retrograde period, Vesta accompanies her during the first half of the retrograde. This moment is calling for something much different than we would normally give it. We are being asked to use this time of social withdrawal to examine the stories that we spin about our loveability, likeability, and desirability. This is the time to uproot the origins of such tales so we can explore, understand, and ultimately reclaim the projections that we place upon others. Once we do, we can develop a deeper relationship to self and that inextinguishable inner light.

Venus is also going to be square Neptune for the entire month of May (and it won’t complete the square until late July). The impact of this setup speaks to loss: a loss of discernment, a loss of boundaries, a loss of a social life as we knew it. Venus and Neptune want to merge and meld with others. This is a love island like no other. Idealization is easy under these skies, so be careful with the love notes exchanged with those you don’t know so well. This astrology isn’t great for clarity, but it’s very supportive of our fantasy life. Engage with it on purpose and you’re bound to cook up some pretty good fiction, sci-fi, and other kinds of pleasure-seeking escapist art.

Anxiety can be just as prevalent, however. Neptune leaves the door wide open for nightmares to haunt. What others do or do not feel about us, what they did or didn’t mean, can leave us tormented when only communicating via devices and not body language. Social anxiety can procreate at alarming speeds when there is a lack of clear directives from officials and confusing restriction lifts being implemented (and often contradicted). The lack of social normalcy in this moment is echoed by the astrology.

Because Venus will also square Mars in the first week of June (right before the penumbral eclipse in Sagittarius which is also square Mars), we know that the midpoint of the retrograde will be the most tender. Mars, madame of insensitivity, and Venus, maestro of deep feelings, find themselves at odds. Because it’s happening right before a lunar eclipse, the swell of emotion becomes a tidal wave of feelings. Be extra observant of what helps you through this tough passage. What survives these days will serve you for a good long while.

Look back at the major themes that were occurring for you in May of 2012 for clues as to what stitch you are picking up now. The full tapestry is far from being filled out, but you might get some idea as to what this Venus retrograde will have you working on. Understanding the house that Venus is retrograding through will usually give you some guidance as to what area of your life you’re being asked to develop a more intimate relationship with.

May this Venus retrograde help us to retrieve what “regular” life had us lose sight of. May it help to affirm the connections that will carry us through the depletions and the rebirths. May it help us to heal the parts of ourselves that are lonely outside of quarantine, and only coming into conscious awareness now.

To work more deeply with this Venus Retrograde, please join me for A Workshop for the New Moon in Gemini, Lunar Eclipse in Sagittarius, Astrology of May 22-June 19 +A Journey Through Venus Retrograde Pt 2. In it you’ll receive a reading, ritual, and guided meditation specific to your sign. 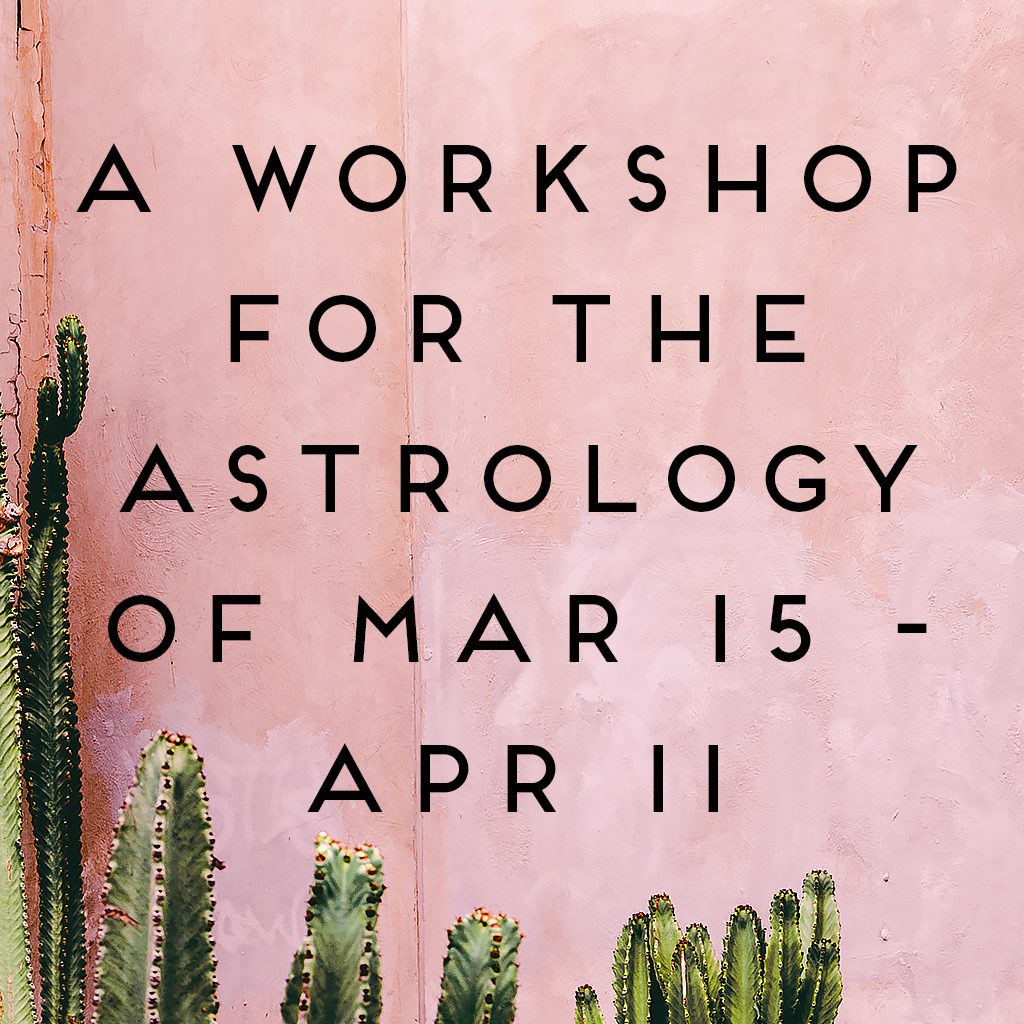