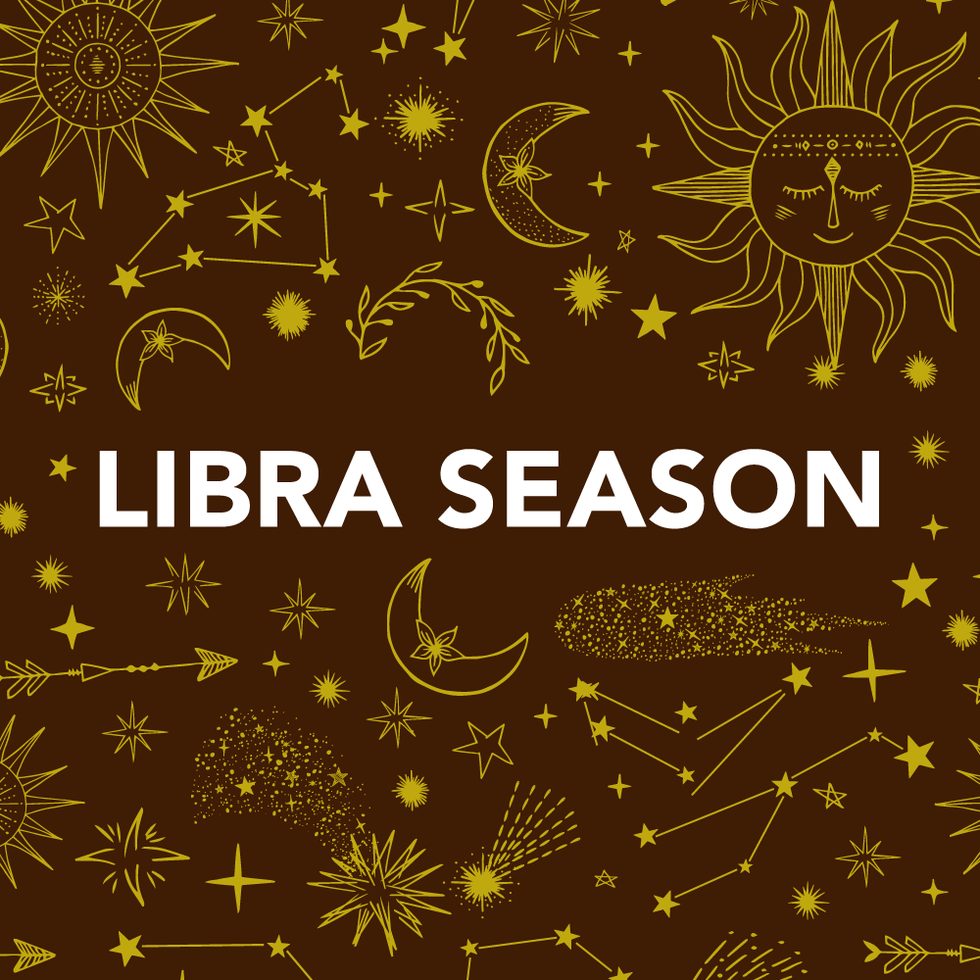 The Equinox arrives on September 22nd, ushering us into Libra Season and Fall in the northern hemisphere. A day that gives us equal light and dark, the scales of Libra mirror this balance motif. In general, Libra brings awareness to the importance of pleasure, beauty, and exchanging pleasantries. This Libra Season, however, has a much more serious tone to contend with, and a few harsh realities. This is all thanks to the current transit of Mars retrograde and an upcoming  Mercury retrograde that is a wildcard. Having both Mercury and Mars retrograde at the same time means that we have more than usual the amount of issues to rethink, and rework.

When Mars, planet of action, desire, and aggression is retrograde, it asks us to review the ways in which we use our energy. Being busy isn’t the business if all we are doing is tiring ourselves out. As the world’s issues become increasingly complex and urgently in need of our care, becoming ever more specific about what we do and why, applying our time and talent to solutions with an impact rather than just strategies to get ahead personally, is mandatory.

When Mercury, the planet of communication, is retrograde, it likes to bait us into thinking we’ve got it all figured out. It seems to enjoy making a mockery of our need to have things move at our speed. During this transit, details get distorted, messages go missing, and facts get lost when we need them most. Not all Mercury retrogrades are equal, some go by without much to take note of but others, like this next one, will wreak havoc on our timetables and patience. This Mercury retrograde is no wall-flower. It will bring with it unpredictable, unprecedented, erratic events that we can’t exactly be ready for, but we can’t say that we are surprised about either.

Even before the retrograde gets going, from roughly October 5th – 20th Mercury will be in a tense relationship (opposition) to Uranus, planet of discord, change, and innovation. This combination highlights the unusual and inventive as much as it does the chaotic and disruptive, but it doesn’t bode well for operations running smoothly or consistently. On October 13th, in the midst of this mayhem, Mercury will station retrograde. Because Mercury is changing course in an already unpredictable moment for data and details, returning to regularly scheduled programming isn’t on the agenda. Not only that, but Mercury won’t station direct until November 3rd, a sensitive date for the United States. By that time, Mercury is in a situation that further slows down the compiling of information as it sits in a square to Saturn, planet of obstacles and delays. We can assume that whatever information we were hoping to get at that time will take its time. With these wrenches thrown in the works of an already unprecedentedly important election, we have to assume nothing and take every proactive solution seriously.

Check out your horoscope on OprahMag.com to see exactly how this astrology will impact your sign.