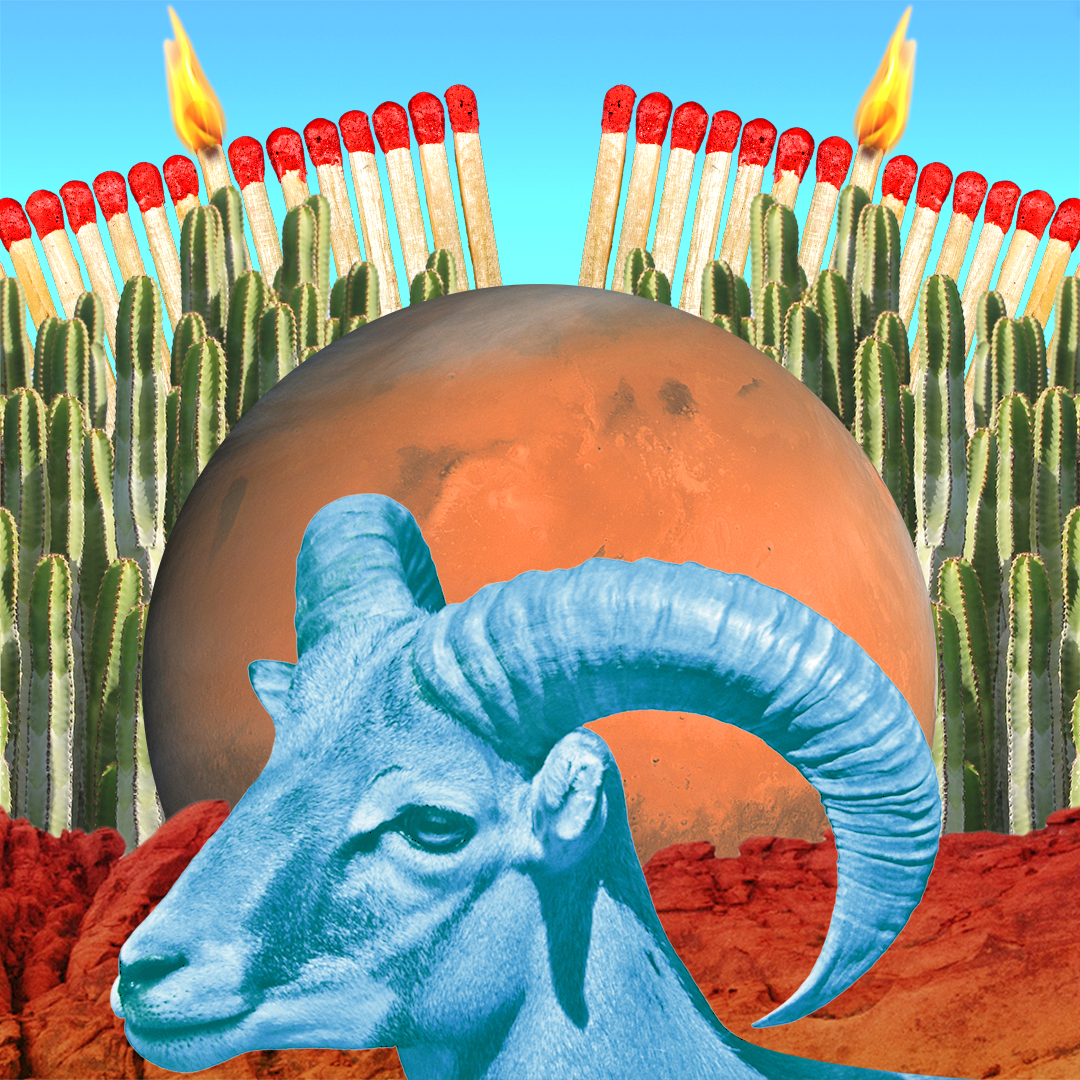 When two planets come to the same point in the sky, they begin something. Akin to a new moon, a cycle between them is initiated. Some set into action sweet things and some set into action challenges for us to grow into and through.

Way back in the early days of 2020, we had a pileup of planets in Capricorn, followed by significant action in Aquarius; there was an era-defining conjunction between Saturn and Pluto in Capricorn and a significant conjunction between Jupiter and Pluto, also in Capricorn. These kinds of conjunctions are big chess moves in the sky, the kind that you can scan a century looking for and make a well-advised bet that they will be years that mark the record for major changes, struggles, and challenges.

But the devil is always in the details.

In late March, Mars also made conjunctions to Jupiter and Pluto in Capricorn, and in early April, Mars made a conjunction with Saturn in Aquarius.

This was the beginning of a cycle between Mars, a faster moving planet known for its ability to cause conflict, create inflammation, and generally add insult to injury, and Jupiter, Saturn and Pluto, all slower moving planets. March and April of 2020 were months that marked us all.

Where were you when the world went into shelter in place?

Now, five months later, Mars has moved on while Jupiter, Saturn and Pluto are all still in roughly the same place, all back in Capricorn. Mars is currently in Aries, a sign that is 90° away from Capricorn. This is what we call a square in astrology. If you think of a 90° angle, it’s sharp, pointed, and in tension. Squares cause friction, they invite us to take action, and make it far less possible to evade our own issues. After a conjunction, when two celestial bodies have separated to form a 90° angle, it’s akin to when the moon is between new and full – it’s halfway lit, halfway to becoming whatever was seeded at the beginning of the cycle. A square from Mars will bring trapped heat to the surface, making the irritation impossible to ignore.

Mars wants to go its own way. It does not do well with rules. It is a renegade when need be. In Aries, (where it has been since June 27th and will be until January 6th, 2021), Mars is usually swift, but since Mars will station retrograde on September 9th and not go direct until November 13th, the warrior is held in place. During this retrograde, we will become intimately aware of the gifts and challenges of our Mars issues. Personally and collectively.

In its pre-retrograde shadow phase since late July, Mars is now edging ever closer to exact squares with Jupiter, then Pluto and, most notably, Saturn – all in Capricorn.

Mars and Jupiter will square each other three times, the first time on August 4th (pre-retrograde), the second time on October 18th (while retrograde), and a third time on January 23rd, 2021 (but from Taurus and Aquarius, where Jupiter still has the upper hand and after the retrograde and post-retrograde shadow is complete).

Since Jupiter wants bounty and Mars wants victory, this combination generally helps to either spur on greed or the desire to win for all. Jupiter in Capricorn has the upper hand over Mars in Aries (because Capricorn rises first), meaning that this specific set up is actually quite beneficial amidst a series of more serious conflicts that Mars gets into.

The most insightful of the squares between Mars and Jupiter will be the October 18th one, as we’ll be in the heart of Mars retrograde, when Mars is its brightest and is dominating the night sky. It will also be in the midst of a very difficult week astrologically speaking, giving us an opportunity to win when we need it most.

Mars and Pluto will square each other on August 13th (pre-retrograde), October 9th (while retrograde), and December 23rd (while still in its post-retrograde shadow). The first square sets up the situation, the second deepens our awareness of it, and the third gives us some kind of closure. https://chani-nicholas.myshopify.com/products/a-workshop-for-the-new-moon-in-leo-full-moon-in-pisces-and-astrology-of-aug-18-sept-16-a-journey-through-mars-retrograde-pt-1

Since Pluto in Capricorn also has the upper hand over Mars in Aries, what we’ll see with this setup is that we as individuals must take action against the establishments that would love nothing more than to subsume our collective power. Pluto rules underworlds. Astrology like this tends to expose what lurks beneath the facades of the systems we live in. The White Supremacist Patriarchy is crumbling, but it’s not about to go quietly. Pluto teaches us the importance of sustained, long-term efforts. Even if we’ll never witness it come to fruition in our time, we owe it to future generations to make sure we do what we can to expose corruption, undermine its domination, and let it decompose into rich and fertile soil for equality and community care to grow.

Mars square Saturn is one of the most challenging aspects we can endure from the traditional planets. Saturn is slow, boundaried, and restrictive. In Capricorn, Saturn is enamoured with tradition and heavy-handed when it comes to maintaining it. Saturn in Capricorn has the upper hand over Mars in Aries, a configuration that pointedly speaks to the need to take very seriously any and all authoritarian moves to try and quell our rights.

As Mars stations retrograde (September 9th), Saturn stations direct (September 28th). When planets change directions they move incredibly slowly, appearing to be in a standstill in the sky. Mars and Saturn will be at roughly the same degree (give or take 3°) from mid-August to early October.

Because Mars usually zooms by, a square to Saturn can take a couple of days to complete. Having them both slow down and face off like this at the same time is one of the great red flags of the year, which is not to say we need to fear it, but it is to say we’ve been notified.

This is no time to let up, drop out, or give up. Our world is frayed, fractured, and in great need of being soothed. Adding to its dumpster fire won’t heal us, but using Mars’ power to put pressure where it needs to be can tip us towards justice.

Mars squares Saturn for the first time on August 24th and for the second time on September 29th (as Saturn stations direct), but again, they are within a couple of degrees of an exact square with one another for that entire period (they will square again a third time, on January 13th, 2021 but from Taurus and Aquarius, where Saturn still has the upper hand and after the retrograde and post retrograde shadow is complete).

The first square between Mars and Saturn will tell us something about the nature of the beast we are dealing with and the second will clarify it, but it will most likely feel like one giant event that is impossible to parse out.

The choices we make and the actions we take for the next 3 months are critical.

A Mars retrograde is typically a time where heated exchanges become more dominant, the impact of the harm we’ve experienced and that we perpetuate more evident, and the divisions between us much harder to ignore. Square Saturn, we tend to be up against obstacles that feel tremendous, and yet we must find a way to manage them: any little opportunity must be utilized. This is not a time to wait for the perfect set up, person, leader, or situation; it’s a time to accept the situation we are in and move with it as best as we possibly can.

Mars is always here to remind us just how much power we do have; when and where we let bitterness, envy, or hatred poison our interactions; how we might learn to work through conflict without betraying our dignity; and how to stay in the battles that cry out for us to join. Mars is sharp – we can either use it to help us hone our skills or do damage. To use these tools wisely takes work, but you are ready.

Pay attention to what comes up for you regarding these themes. Consider what you’d like to learn about yourself through this retrograde and set an intention to do so. Watch what makes your blood boil, what makes you want to take shortcuts, and watch yourself when you want to take on extra projects. One thing that we can bet on when Mars squares Saturn is that we will have less time than we thought or less understanding of the work involved. Be specific, be strategic, and be as kind to yourself as possible when mapping out the next couple of months.

We need every effort, from everyone, all day long to move the needle towards justice.

For a more detailed reading and guided meditation for your sign for Mars Retrograde and this lunar cycle, please join me for A Workshop for the New Moon in Leo, Full Moon in Pisces, the Astrology of Aug 18th-Sept 16th, and A Journey Through Mars Retrograde Part 1 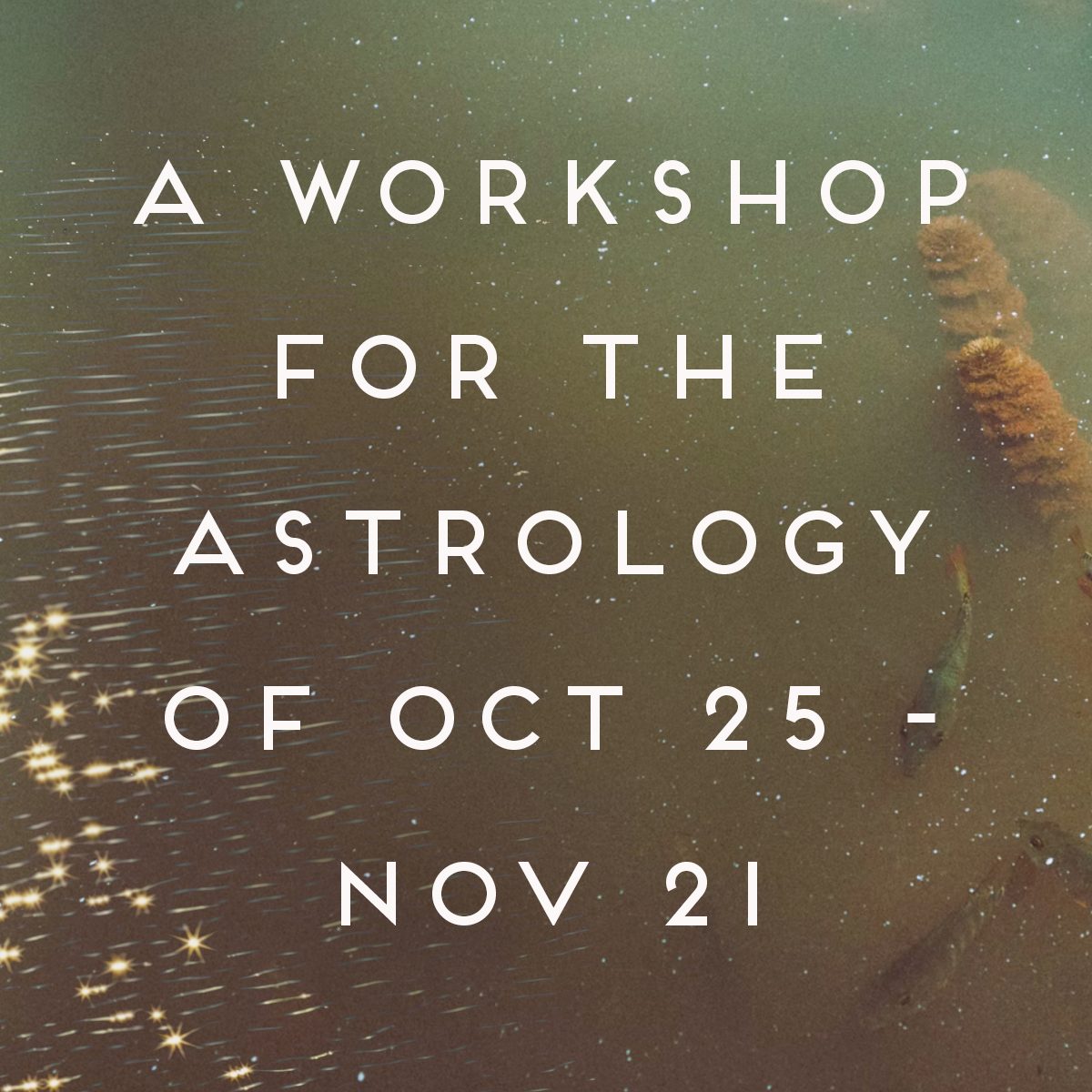