If we are lucky enough to get the chance to.

Love is nature’s way of breaking our egos and getting us to set sail on the great adventure of self-knowledge. Though it doesn’t always work out that way, love at least tries to lead us there. Love can be a gateway to our greatest unfolding. Love tests every asset we have ever boasted about and exposes every fear we have ever tried to stow away. Standing in the face of love can magnify our losses, expose our fears of not being enough, and can have grown-ass folks shaking in their booties.

Love isn’t soppy or saccharine. Love slaps us awake, turns on the light and reveals every bump and blemish. Love is a journey of self discovery, love is an initiation into adulthood. Love demands an honest answer and call us out on our excuses. Love awakens our desire to be better and arouses the beasts in us that so desperately need healing.

Love is all we need but in order to have it we must engage in and triumph over the most extreme tests and teachings. Love is a tuff cookie that pulls no punches. Love will set you straight and tell it like it is-if not, it is not love.

Love is an honest look at our deepest fears and an exposé of our most severe inadequacies. It demands we show up, grow up and stop passing the buck.

This month’s new moon happens on February 18th at 6:47 PM EST on the edge of Aquarius’s very last degree. Both the sun and the new moon will move into Pisces mere seconds after their conjunction. This is the second new moon in Aquarius in 2015.

Because the new moon will slip so quickly into the sign of the fish it’s important to look at what other planets are already there. New moons tend to release the planets’ potential and this new moon will surely be releasing the potential energy in both Aquarius and Pisces.

Mercury recently stationed direct in Aquarius (February 11th) and will be in the sign until March 13th. Mercury has been occupying the water-bearer’s terrain for a good chunk of time which will have a different effect on everyone depending on what your personal astrology is up to. In general it’s been an opportunity to observe our ways of interacting with our thought process. Are we swept away by the muttering mayhem or are we capable of finding a way in-between the torrent of thoughts that ambush us daily? This has been our work as of late.

Pisces is a love junkie.

Neptune and Chiron have been inspiring the pools of Pisces for the past couple of years. Seeping into our dreamtime and our daytime these two have most likely been emotionally soothing us through the rockier terrain of the Uranus/Pluto square (a combination that has us shook up and unsettled in many areas of our lives collectively and individually). Neptune and Chiron urge us to understand the waters of our unconscious and come to terms with the psychic goo and gunk festering there.

Venus and Mars are recent additions to this sign’s deep waters. Both planets (and especially the combination of the two) address our needs for relationship, intimacy and, in Pisces, sexual healing. The two are currently in a near conjunction in Pisces. On February 20th they both move into Aries forming an exact conjunction on February 22nd. Right now Venus (connection, relating, loving and creating) is exalted (in a very auspicious place) in Pisces and when the two transition into Aries it will be Mars (aggression, battle, competitiveness and sexual desires) that has the power.

At the time of this new moon, Mars will be at the same degree as the upcoming Pisces eclipse which will occur exactly one month from now and Venus will be at its exaltation degree-a very auspicious place for it. Venus’s placement signifies overcoming difficulty through charm, grace, sweetness and love while the placement of Mars signifies some sort of foreshadowing for what will take place on the eclipse of March 20th. Eclipses tend to be times where secrets are revealed and truths are exposed. Be as honest and forthright as you can while being as compassionate and thoughtful as possible.

The asteroids and mythic divine duo, Psyche and Eros, are also prominent in this new moon chart. Their myth is symbolic of the soul’s desire to reconnect with love and all of the trials and tribulations we must go through to get there. Psyche and Eros begin their great affair in the confines of darkness but something begins to awaken in Psyche and she finds herself compelled to shine a light upon her forbidden lover. By doing this she breaks the spell that lust has cast on her and begins an initiation process that leads her to discovering her own power through a great many tests and near impossible feats.

Ultimately love wakes her up.

And this astrology is no different thanks to the fact that the sun and new moon will receive a square from Saturn when they enter Pisces. Saturn gives us the chance to make something out of the moment. To form something. The combination becomes like a memory foam pillow, highly malleable but able to hold the shape of something for the moment. When working with energy like this it’s important to remember that we are forming our lives and being formed by the decisions that we make. There may be a tendency to become overly emotional. There is definitely the possibility of becoming hyper sensitive. There is always the possibility of feeling wrecked, washed up or undone by the psychic overload that can occur in this sign. But there is an equally powerful opportunity to use this energy as a salve, as a cure and as a way of feeling reconnected with our source. Primordial waters are never too far from our reach.

Join me this months new moon intention setting class, Calling Love In, where we’ll open to the healing powers of love and all the many revelations that relationships bring us. This one hour class will include a lecture on the current astrology, as well as myths, mediation, writing and visualization practices. Whether you are in a relationship, happily single, or looking to manifest a new partnership this new moon meditation will be helpful in uncovering the obstacles we all have to living a more loving, fulfilled life. 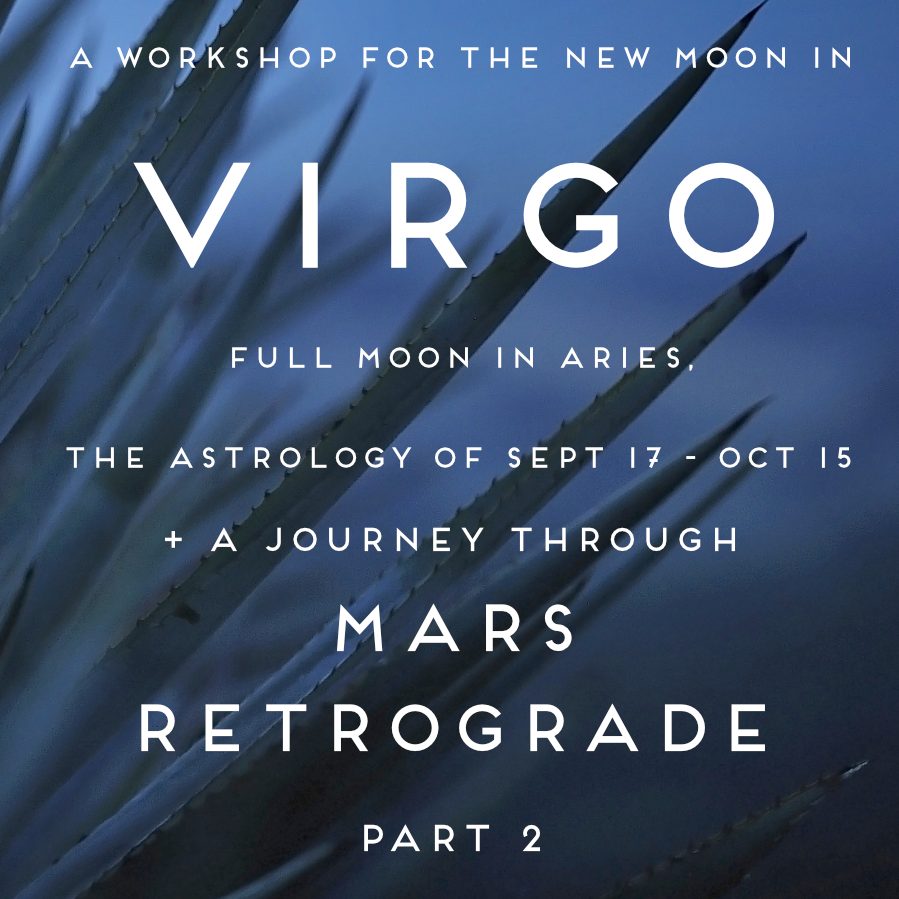 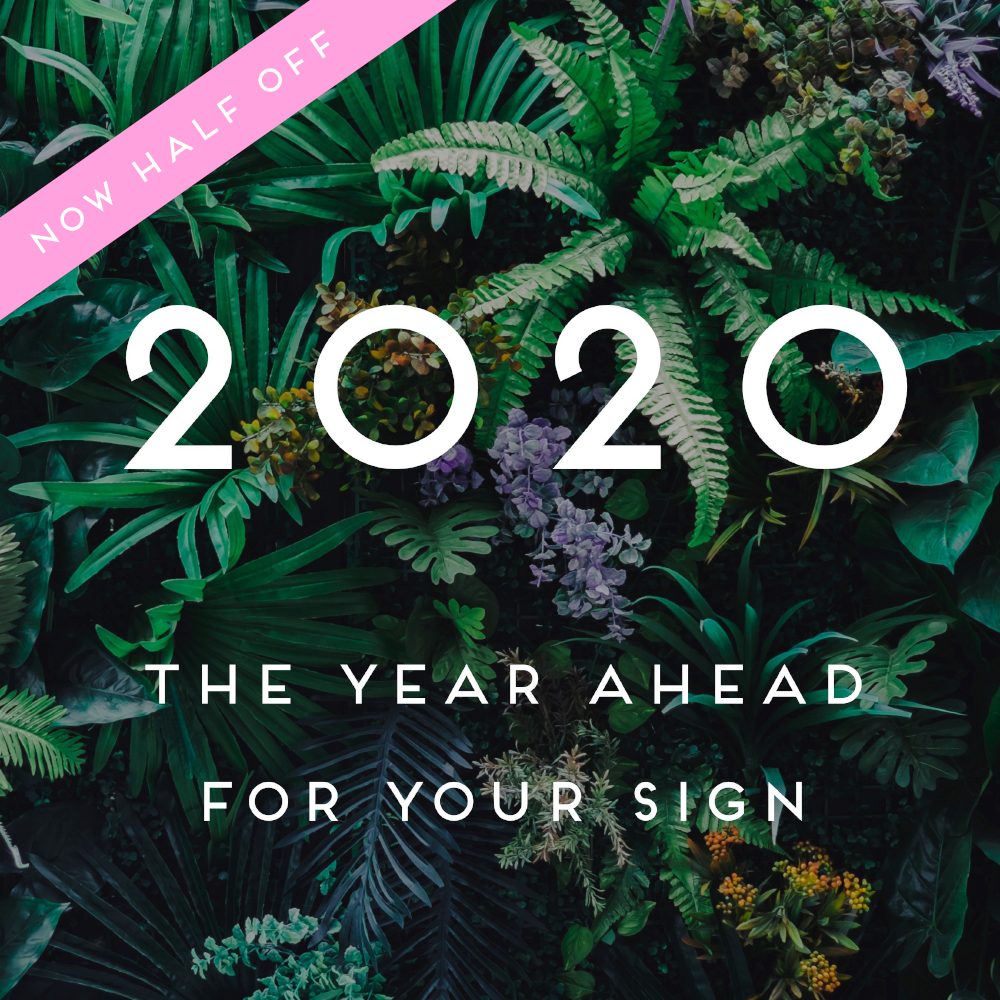 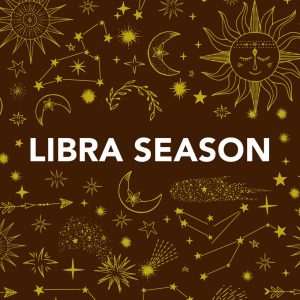